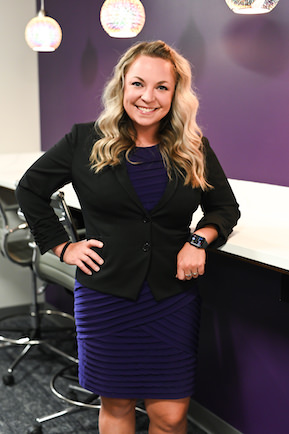 Shana joined The Robert Weiler Company in 2014. Her primary role is the executive administrative assistant to Skip Weiler and brokerage marketing coordinator. She also provides marketing and administrative support for all the agents’ leases and sales transactions. In February 2016, Shana became a notary public. In December 2016, she earned her real estate license from Hondros College of Business. She is now a member of the National Association of REALTORS® (NAR), Ohio Association of REALTORS® (OAR), and Columbus REALTORS®.

Ms. Vollmar attended Barry University in Miami Shores, Florida where she received her BFA in Graphic Design in 2008. She has several years of experience in administration, project management, marketing, and customer service. Prior to joining The Robert Weiler Company, Shana was a director of marketing and administrative assistant for four years for another local, top-producing real estate agent.