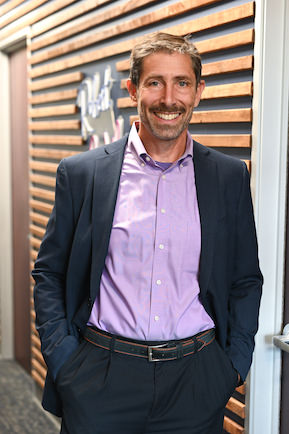 As a young boy in 1976, Jim followed Bob Weiler (his father and then President of the Columbus Board of Realtors), to all the local realtors’ offices to distribute Uncle Sam books.  It was through that experience that Jim realized that the most important thing in real estate is to develop meaningful, trusting relationships.

Jim’s first career was in education where he gained global experience by teaching at Washington DC public schools, Ashland University in Columbus, Zimbabwe Open University, and the University of Education, Winneba in Ghana, West Africa.  During part of his eleven years in West Africa, he served as the founding head of the Department of History Education.  In 2017, he returned from Africa to study law and work with Bob and Skip in the office.

Currently, Jim’s role in The Robert Weiler Company is to promote real estate development that is environmentally responsible and affordable. His eye is on the long-term future of the company and ensuring its positive impact on the broader community.

He has earned degrees from the University of California, Santa Cruz (BA in Community Studies and a Graduate Teaching Certificate); Harvard Graduate School of Education (MEd in International Education); Michigan State University (Ph.D. in Teacher Education); and the University of Cincinnati Law School (JD).  Jim serves on several boards including Ohio Children’s Defense Fund, Homeport, and Columbus Housing Enterprise.  He is a member of the Columbus and Ohio Bar Association and Columbus Board of Realtors.

His three sons – Thando, Tumelo, and Themba – are currently in college developing into amazing young men.