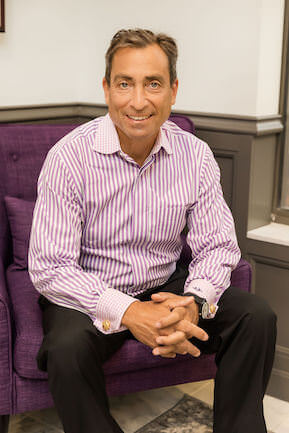 Robert J. “Skip” Weiler began working at The Robert Weiler Company in 1985, following in the footsteps of his father and grandfather. He soon became the third generation to serve as president of the family business, specializing in the brokerage and development of residential, commercial, industrial, institutional, and mixed-use properties. His responsibilities include leading large-scale development, overseeing the commercial brokerage division, managing commercial and residential property, and cultivating partnerships throughout Central Ohio. His enduring ambition and steadfast partnerships have led to the transformation of thousands of acres into industrial and commercial developments, residential subdivisions, apartment developments and mixed-use projects. Skip has also been involved in the ownership and development of numerous additional projects including shopping centers, assisted living facilities, historical restorations, hotels, golf courses and apartment developments.

Throughout his career, Skip has represented thousands of buyers and sellers with over one billion dollars in commercial real estate sales and millions of dollars in properties under management. He was awarded the Columbus Realtors “Broker of the Year” award and was the youngest member to receive the Columbus Realtors “25 Million Dollar Sales Award” at the time of his achievement. His expertise and passion for real estate extends into local community organizations where he served as director of the National Association of Realtors (NAR) and past president and current member of Counselors of Real Estate (CRE). He also served as the first, third-generation president of the Columbus Realtors. In addition to his real estate work, Skip was a founding board
member of Insight Bank, which was sold in 2014 to First Financial Bank Corp. He currently serves on the United Midwest Savings Bank board. In 2020, Skip was named as one of Columbus Business First’s Power 100, who are Columbus’ most influential leaders.

Outside of the office, Skip is a husband and father of four. He has coached every one of his kid’s basketball and soccer teams and never missed an award night or sporting event. He is also involved in a multitude of charitable work where he serves as a board member for several non-profit organizations including the Delaware County Foundation, Big Brothers and Big Sisters, Cancer Support Community of Central Ohio, LifeTown, Columbus Music Commission, Columbus State Foundation and Columbus State Community Partners and many others.