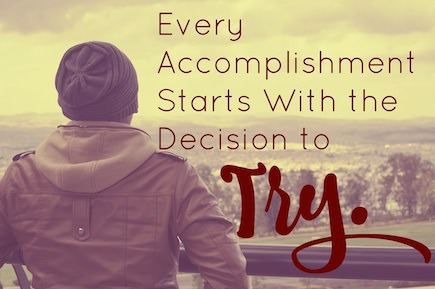 As one of the top commercial real estate firms in Columbus, Ohio, The Robert Weiler Company has adopted Ella Fitzgerald’s classic lyric, “summertime and the livin’ is easy” as its motto. Life may be moving just a little slower, as we enjoy pool parties, barbeques, vacations, and spending time with friends and family; but we’ve remained quite busy over the last year. If you’re one of our valued clients (or want to be one), or actively seeking commercial real estate agents in Columbus, take a glimpse inside what we’ve recently achieved and get a feel for what’s to come in the fall and beyond!

A High Point for One of Columbus’ Top Commercial Real Estate Firms: HighPoint on Columbus Commons!

As you may or may not know, Downtown Columbus has been the focus of an enormous renovation over the last few years; and HighPoint on Columbus Commons played a key role to the redevelopment of the area. This Columbus Ohio real estate development project – one of the largest apartment developments to open in Ohio during 2013 – has two additional buildings and a whopping 22,000 square feet of retail locations for rent!

We are proud to say that we spearheaded this project, and tenants simply flocked to it. By the end of year 2013, all 98 apartments in the North building were occupied. Just a few months later, by early 2014, the South building was filled, as well. The rentable space includes awesome highlights, such as full-service restaurants, valet parking, and a pedestrian tunnel connection from High Street to the Commons in Downtown Columbus.

Other top commercial real estate developers cite another incredible fact. It accommodates 100,000 daytime workers and over 1 million annual visitors! Not to mention that we have secured two new tenants this within the past few months with the addition of Pure Pressed Organic Juicery (which moved in on April 6, 2015) and de-NOVO bistro & bar (slated to move in towards the end of 2015).

Hive Five for Franklinton: Work Expected to Begin This Winter

Now follow one of Columbus’ top commercial real estate firms to Franklinton, if you will! In early 2014, we won a competition with our pals at CASTO to redevelop 11.5 acres of former public housing properties in East Franklinton, a burgeoning creative-class enclave. We are pleased to announce that site work for the mixed-use project is expected to begin this winter (with a neighboring property getting started in Spring 2016).

We plan to put in 124 apartments on four floors, above 20,000 square feet of commercial and live/work space. Almost half of the units will be priced as “work-force units” to serve tenants making between 80-120% of the region’s median income. As one of the top commercial real estate firms in the region, we are so excited to begin making such a vital contribution to an already wonderful community.

An A+ Idea: South Campus Gateway

Last month, this Columbus real estate firm presented a thrilling new concept to the Ohio State University Area Review Board: a brand new, six-story student housing and retail complex! Included would be 123 apartments with 156 beds, 7,350 square feet of retail and a parking garage for bicycles, motorcycles, and 120 cars.

If all goes according to plan, our space would replace the Taco Bell at North High Street, just north of West Ninth Avenue. It’s a hot location right near campus, and it’s an area where the city and planners want higher density development.

We hope to have the complex up and running before the start of Ohio State University’s fall 2016 semester. (Did we make it on the Dean’s List for this bright idea?)

Historic Highs: Get to Know the New Atlas Building

Last but certainly not least, as one of the top commercial real estate firms in Columbus, we’re proud to share that we’re helping to lease 6,500 square feet of retail space in the historic Atlas Building on East Long Street.

Built in 1905 by renowned Columbus architect Frank Packard, the Atlas was added to the National Register of Historic Places in 1977. It embodies timeless, modern design for the upscale urban lifestyle; residents enjoy the welcoming metro environment and first class service provided by The Atlas Apartments in the heart of downtown Columbus.

As one of the top commercial real estate firms, we have recently finalized plans to lease a grocery store on the ground floor by the lobby entrance. Tentatively dubbed “Grab-and-Go Fresh,” the upscale micro grocery will take up 2,500 square feet in the building and will offer fresh produce, a coffee bar, salads, and sandwiches to go.

As a whole, the building is leasing up very nicely, with an art gallery even expressing interest. We are thrilled about the array of establishments offered in this historic space – it will certainly be a benefit to the community and a welcome addition by all!

As you can see, The Robert Weiler Company, one of the top commercial real estate firms in the country, has had a wildly successful last few years. We are so excited for what’s to come, and we hope you’ll be a part of our journey onwards and upwards. If you have any questions about the development of commercial property, we’d certainly love to help! You may also be interested in learning more about what commercial real estate consulting firms do.

As a full-service commercial real estate and appraisal firm with almost 80 years of experience, we have a competitive advantage in the market and a value that you won’t find at any other firm. Keep one of Columbus’ top commercial real estate firms in mind as you enjoy the last few weeks of summer, and look ahead to fall. Cheers!