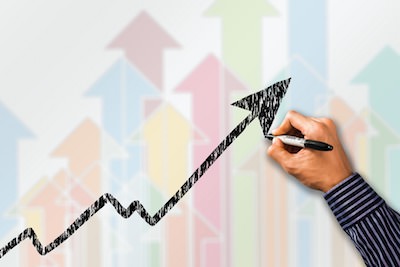 The real estate market in Columbus, Ohio and Central Ohio couldn’t be better. Home sales are at an all-time high and vacancy rates for retail space are on the decline. Moreover, you can’t read the local news without seeing a major commercial development project in the works. So, as the year comes to a close and we prepare for even bigger changes on the horizon, let’s look ahead to the top trends expected for the commercial real estate industry next year!

According to a recent report by the Urban Land Institute (ULI) and PwC titled, “Emerging Trends in Real Estate® 2017,” commercial real estate is set to explode in ten U.S. cities that boast both a lively, diverse economy and attractive neighborhoods. In addition, there is a handful of very promising, up and coming markets.

Although Columbus, Ohio didn’t make the top ten, it did land a number one spot as a rising star! This comes as no surprise to us at our commercial real estate firm, The Robert Weiler Company, of course. Business has been booming and will continue to thrive in the new year. Fortunately, we have a vast array of office space, commercial buildings, and retail spaces for sale and lease; and we are excited to see even more investors become involved with the city we love so much and work so hard to grow every day.

Now that we’ve discussed the areas most positioned for commercial real estate growth, it’s important to note that many investors are riding a new wave of downtown redevelopment, which focuses on rejuvenating forgotten communities. In turn, this creates unique areas where people can live, work, and play, while spurring amazing growth possibilities where they were previously lacking.

At The Robert Weiler Company, we have been front and center on these types of projects in Columbus, Ohio, most notably with our leadership in the Highpoint on Columbus Commons project. This incredible undertaking has already attracted a steady stream of interested tenants, boasting 100% occupancy of its retail space. Not only has the Downtown location of Highpoint on Columbus Commons provided one-of-a-kind housing and commercial space options, it has also created thousands of jobs, attracting visitors and stimulating the local economy. It has also helped transform Downtown Columbus into a booming area for both residential and commercial space. Overall, the revitalization of Downtown Columbus has so many benefits to many people; and The Robert Weiler Company is proud to see this trend continue to sweep the nation in other deserving cities in 2017.

Here’s another trend to watch: Industrial is one of the strongest investment and development opportunities in the months ahead. Why is this so? This sector is influenced by the increasing tide of online sales and the need for fulfillment houses and distribution centers. As such, an investment in industrial space has less perceived risk attached to it; the sector traditionally performs well even during economic declines and slowdowns, as well.

The worldwide economy is currently unsteady and unpredictable, not to mention the anxiety surrounding a brand new president and Congress set to take over in America shortly. Investors are eagerly waiting to see how new policies will shake out, and how they will affect the global and domestic economy, either positively or negatively. As such, it’s easy to understand why risk is a key factor in motivating them right now and why safe bets are in high demand.

Trend 4: “All in” for Apartments

Speaking of risk, many investors also view apartments as a safe investment for the new year. This is particularly true in the Columbus region, where we’ve seen the residential occupancy rate range from 92 – 96%. And, in Downtown Columbus, specifically, the residential occupancy rate has consistently stayed above 95% with a steady stream of new developments popping up across the city to accommodate the increasing housing need.

What is contributing to demand for apartments? First and foremost, Millennials are entering the job market in droves, and many of those still living back at home are eager to enjoy their own space and independence. It’s likely they will become renters, as many are bogged down with student loan debt and/or do not want the commitment of buying a home.

Millennials aren’t the only ones not looking to buy real estate right now. Many other consumers still mistrust the housing market following the 2008 crash; this, compounded with possible credit issues and the stricter challenges in obtaining mortgages, will have many Americans looking to rent.

Trend 5: From Virtual to Augmented Reality

For the last few years, virtual reality has changed the way developers build and brokers sell, particularly as it pertains to new properties. Virtual reality allows commercial real estate companies to give potential investors or buyers an experience of a future property. Augmented reality, on the other hand, takes current properties and gives developers and brokers the ability to showcase the potential of a space. For instance, an empty home can be fully furnished with augmented reality. The applications are endless for this new technology and we’ll see some interesting advances in 2017. Stay tuned.

Interested in learning more? Check out our blog on “What Do Commercial Real Estate Consulting Firms Do?”

Ready to Execute With This New Information?

Now that you’re ready to focus on specific commercial real estate transactions for 2017, who can you talk to about your next step in the market? Luckily, you have a seasoned partner in The Robert Weiler Company. Celebrating our 78th year in business, we fully understand the intricacies involved in commercial real estate services, including CRE consulting, as well as property appraisals, commercial brokerage, development, and property management. Furthermore, we are strategically located in Columbus, Ohio, a city and region that has been continually recognized as a hotbed for business and innovation. Reach us at 614-221-4286; our experts are looking forward to hearing about the trends you’re excited about, and helping you realize your ambitions.