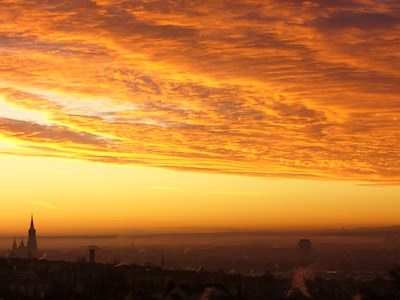 The calendar may say spring, but real estate in Ohio has jumped right to summer with hot deals, amazing prospects, and pent-up demand. This is all following a brutal winter that froze property buying as much as it froze solid ground.

In fact, according to Freddie Mac, the government-sponsored and public financial services company, and its newly created Multi-Indicator Market Index (MiMi), more than half of U.S. states are showing improved housing markets. Eleven U.S. states (including the District of Columbia) are showing stable growth with places such as Alaska, North Dakota, and Louisiana leading the pack. But where has real estate been improving the most?

Closer to home, the state of Ohio, and specifically Columbus, achieved significant “most improving” status regarding real estate. Ohio ranked as the third most improving housing market state, behind Louisiana and South Carolina, respectively; while residential real estate in Columbus, Ohio came in second place, edging out Nashville, TN, and losing to Charlotte, NC by one-tenth of an index point.

In another indicator of the health of real estate in Ohio, the Ohio Realtor Confidence Index shows gains in current, medium, and long-term confidence. When comparing March to April 2014 figures, all three indexes show gains of 1-9 points. And with the spring buying season only just getting underway, already one in three realtors are reporting higher-than-normal activity while nearly half (49%) say real estate activity is normal for this time of year. That’s another way of saying that nearly 80% of surveyed realtors feel the season is at or ahead of where the market was last year. In short, the Ohio and specifically, Columbus, OH real estate market, are heating up.

Relationship of Housing Market to the Commercial Market

Of course, the relationship of the housing market to the commercial market is symbiotic. Residents move to areas rich in commercial and cultural amenities. Likewise, commercial real estate development requires a growing population to support new stores and improved services. Usually when one indicator spikes, the other isn’t far behind.

Encouragingly, commercial development also requires an influx of national and regional tourism. Here too, real estate in Ohio is demonstrating its strength. According to real estate services company CBRE, the Short North neighborhood office vacancy rate fell to 16.6% at the end of March 2014, a drop of 1.9% from last year. Such improvements are underscored by the planned development of Le Meridien Columbus, the Joseph, a boutique hotel currently under development and slated to open in January 2015.

As Central Ohio’s trusted commercial Ohio real estate experts, with community roots that go back over 75 years, we applaud the efforts of Pizzuti and other developers looking to help promote Columbus, Ohio as a Midwest destination city; a place with cultural opportunities (and boutique hotels) that can be found in larger cities such as Chicago or New York, as Joel Pizzuti, the company’s president, recently remarked in an article in The Columbus Dispatch.

So enjoy the spring while you can. Because with (true) summer just around the corner, The Robert Weiler Company believes that the real estate market “heatwave” is only beginning its seasonal push! For any commercial real estate in Ohio that needs expertise in brokerage, appraisal, consulting, development, or property management, contact us at 614-221-4286.