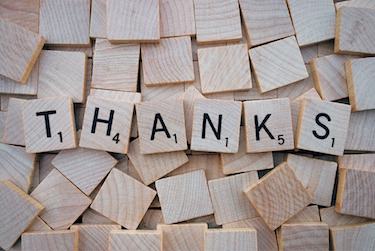 As the 14th largest city in the U.S. (recently surpassing Indianapolis)1, Columbus, Ohio has proven itself as a force to be reckoned with in the real estate investment world. Whether you regularly follow the latest trends or not, you’ve probably heard about the drastic boom that the market has seen over the past few years.

How significant is the demand for Columbus real estate? All major real estate sectors are experiencing an increase in the number of buyers, which has caused significant shortages in supply. In fact, builders and developers can’t keep up with the demand! That’s why there are so many reasons to be thankful for this growing success and overall sense of community pride, especially for those of us lucky enough to already live here.

So, what are we thankful for in today’s real estate market? While it’s hard for us to choose from all the great aspects that have stimulated our thriving city, we’re particularly excited about these three:

It’s true what they say – happiness attracts more happiness. Positivity fosters success. So, it should come as no surprise that Columbus, Ohio ranks as one of the top housing markets in the United States – the fifth, to be exact2. Realtor.com reported that, in June 2017, there were 11 percent fewer homes on the market than there were in the same month in the year prior3.

The amount of time that homes for sale spent on the Realtor.com site has decreased, as well. Even with the median price of homes increasing, more homebuyers are willing to up their offers to buy in a community that ensures a promising long-term investment.

There are at least 25 Fortune 500 companies currently based in Ohio, alone – an influx that has helped fuel the prosperous business community in Columbus. As such, there is an enormous need for new commercial and residential developments to accommodate the growing number of employees, investors, and homeowners. The team at The Robert Weiler Company cited in a blog post about commercial real estate investing, several property types that have seen skyrocketing growth, namely office spaces, warehouses, and apartment complexes.

The Business Journals recently reported findings by professional services firm Jones Lang LaSalle indicating that industrial vacancy rates have reduced to as little as 4.4 percent; this is encouraging new construction and propelling hopeful investors to search for preleasing opportunities4. The desire to invest, coupled with the decrease in availability, has already begun to force investors to move outside city limits.

With close to sixty thousand students enrolled at Ohio State University each year, there are strong incentives for graduates to stay in the region after receiving their degree. Increased job opportunities post-grad, coupled with an attractive, booming real estate market, have been swaying students to remain in Ohio after college.

There is no doubt that millennials are flocking to the Columbus region for a number of reasons. Organizations like Columbus 2020 are working with state and local representatives to generate more economic opportunities for residents. The hope is that new doors will open for a younger generation pursuing a comfortable life and livelihood.

What are millennials looking for in their community? Those within the approximate 18-34 age range want to build a life in an urban environment, close to amenities, such as public transportation and an active nightlife. With a tendency to spend money on experiences rather than material things, millennials prefer paying to taste the new $5 flat white (for the non-millennials and non-addicts, that’s a relatively new drink from Starbucks), rather than stash the extra cash away into a savings account. This mentality differs from that of older generations and has been an impetus for much of the growth that has taken place, particularly in downtown Ohio; it’s also why there has since been a need for more available residential and commercial real estate.

Most importantly, we, at The Robert Weiler Company, are thankful for YOU!

We can’t believe that we’re heading into our 80th year of serving the Columbus, Ohio real estate market (and markets throughout Central Ohio)! Each of our experienced team members is thrilled to not only be part of such a thriving community but also to have helped build it. Learn about our wide scope of commercial real estate services.

Have we piqued your interest in commercial real estate investing? Why not talk to one of our experts and put that enthusiasm into motion! Call one of our CRE brokers or consultants to discuss your investment plans, goals, and options: 614-221-4286.

References:
1. “The South Is Home to 10 of the 15 Fastest-Growing Large Cities” from the United States Census Bureau on May 25, 2017: https://www.census.gov/newsroom/press-releases/2017/cb17-81-population-estimates-subcounty.html
2. “It’s a seller’s market as Columbus housing heats up” from The Columbus Dispatch on July 4, 2017: http://www.dispatch.com/news/20170704/its-sellers-market-as-columbus-housing-heats-up
3. “REALTOR.COM® DATA PREVIEW: Longest Housing Inventory Decline in Two Decades” from The Registry on June 29, 2017: http://news.theregistrysf.com/realtor-com-data-preview-longest-housing-inventory-decline-two-decades/
4. “’Historic’ low vacancies point to continued surge in Columbus industrial development” from Columbus Business First on September 27, 2017: https://www.bizjournals.com/columbus/news/2017/09/27/historic-low-vacancies-point-to-continued-surge-in.html